5 Things It Takes To Go Tiny 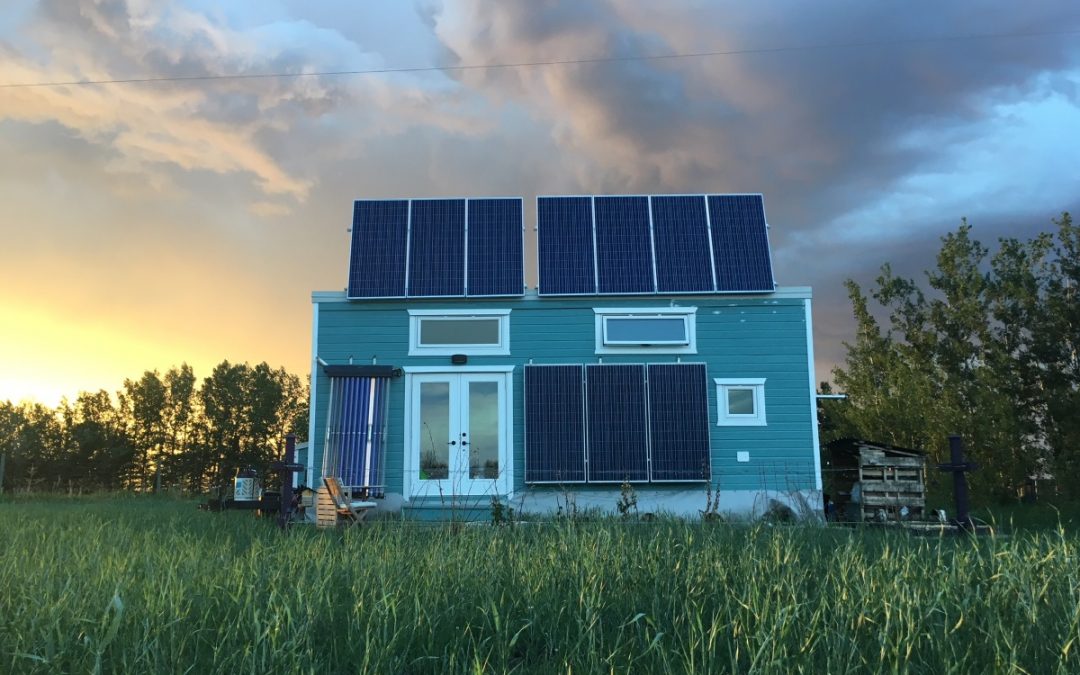 Most people in my life, when I told them that Kenton and I were going to build ourselves a tiny house, probably thought, “Yeah, OK. I’ll believe it when I see it.”

And I cant blame them! I don’t exactly have a perfect track record with follow-through… That, and building a itty bitty house on a trailer is for the vast majority of people a bizarre and daunting task to DIY.

The thing is though, we did it. We have been living in our off-grid tiny house for two years this month. This last year has been completely debt free. It’s allowed a lot of big changes in our lives and for us to gain momentum for lifestyle and financial freedom.

Here’s what it took for us to become tiny house builders and owners:

1. Research: Kenton calls me “the research queen,” and I take it as a compliment! I don’t buy anything without doing a thorough investigation and comparison with similar products. Kenton and I spent months (8, actually) researching the component pieces, building methods and design principles, and our own lifestyle habits to put the house together. It was especially challenging given that at the time, there really weren’t that many people building this type of house to suit our climate – cold temperate, although if you ask me it’s been pretty temperamental this winter… Even with all our research, we still ran into things that didn’t work exactly right and made mistakes. If you want to take a little less time making mistakes, I would recommend taking Kenton’s Tiny House Course if it’s offered near you, since he goes over all the things we learned so you can save yourself a lot of time and costly mistakes. I can’t imagine actually making it through the process and ending up with a livable house in the end without having put in the hours behind the computer screen and talking to the professionals. Speaking of which…

2. An amazing community of people: We were extremely lucky to find the incredible team that we did to put together our house. We didn’t start out with a big team of go-getters ready to start from scratch – we built the community alongside the house! Piece by piece, we found people around us that were excited to take on this project and help us to succeed. A lot of people put in hours and hours into our house, spent either with tools in their hands or puzzling over how the hell we were ever going to make this work. We were very lucky to find and be found by people who were leaders in their fields, out-of-the-box thinkers, and maybe just a little bit rebellious. Without the help of all these people, there’s no way we would have been able to solve the problems we solved, have such a beautiful and professional looking house, or just plain have things work.

3. Persistence in the face of ugly mistakes: We ran into a lot of setbacks while building our place, which isn’t out of the ordinary for any large project or home. There was only one time when I just about threw in the towel on the tiny house. We spent every weekend, in the dead of winter, welding onto our trailer to strengthen it so it could support the house. We had sunk in so much more money and so much more time than we thought we would have, and it was finally done! We were moving it to another location to get some wiring done on it. It disconnected from the truck, rolled into the ditch, then out of the ditch and into the ONLY TREE FOR 3 MILES. UGH. I still don’t forgive that tree. It was trashed. We had to start over from scratch and kiss all the money and time we had put into it goodbye. Ouch. So, we spent a few days in a haze, but then, you know, we put on our gloves and got back to work. Sometimes things are going to go wrong, sometimes really big things, and every time you are going to have to put back on your gloves and get it done.

4. Financial means: This one isn’t as inspiring as the rest of the list, but I think it’s important to include because it’s true. To do this, at least the way we did, you need to be financially able. I know that tiny houses are marketed to us by saying things like, “Couple Builds Tiny House for $10,000!” As awesome as that sounds, that’s not realistic. A house built like that might be OK somewhere in the U.S.A where they have very mild winters and summers, but up north it’s a different story about what pieces need to be present to make it a functional house. These pieces cost money. If you are planning to pay for your house out of pocket, like we did, you need to have some money saved up, or take it slow with the timelines. I know that there were lots of ways that we could have cut corners to save a few bucks, so I’m sure it’s possible to build a functional house for less money, but I personally feel that every dollar we used was well spent.

5. Guts: When you take on building a tiny house, you have to have guts. At the time I’m writing this, living in tiny houses isn’t exactly legal in most of Canada. You have to either bend the rules, force fit yourself into a legal classification, or work with your local municipality to change the rules (building codes and bylaws). You have to know that not everyone thinks it’s a great idea or thinks you should be allowed to do this. You have to want it hard enough to follow through despite the things that tell you no.

Building a tiny house is going to ask a lot from you. But while it takes a lot, it gives back so much more.

Your favourite,
Melissa
(Melissa Zerbin is a totally normal person who has lived with her husband in her tiny house since 2016. She loves cats, food, and other humans, and is currently completing her Masters of Science in Occupational Therapy.)

3 Takeaways On Our 2 Year Tiny House Anniversary
Do we hate each other now? (Tiny House Relationships) 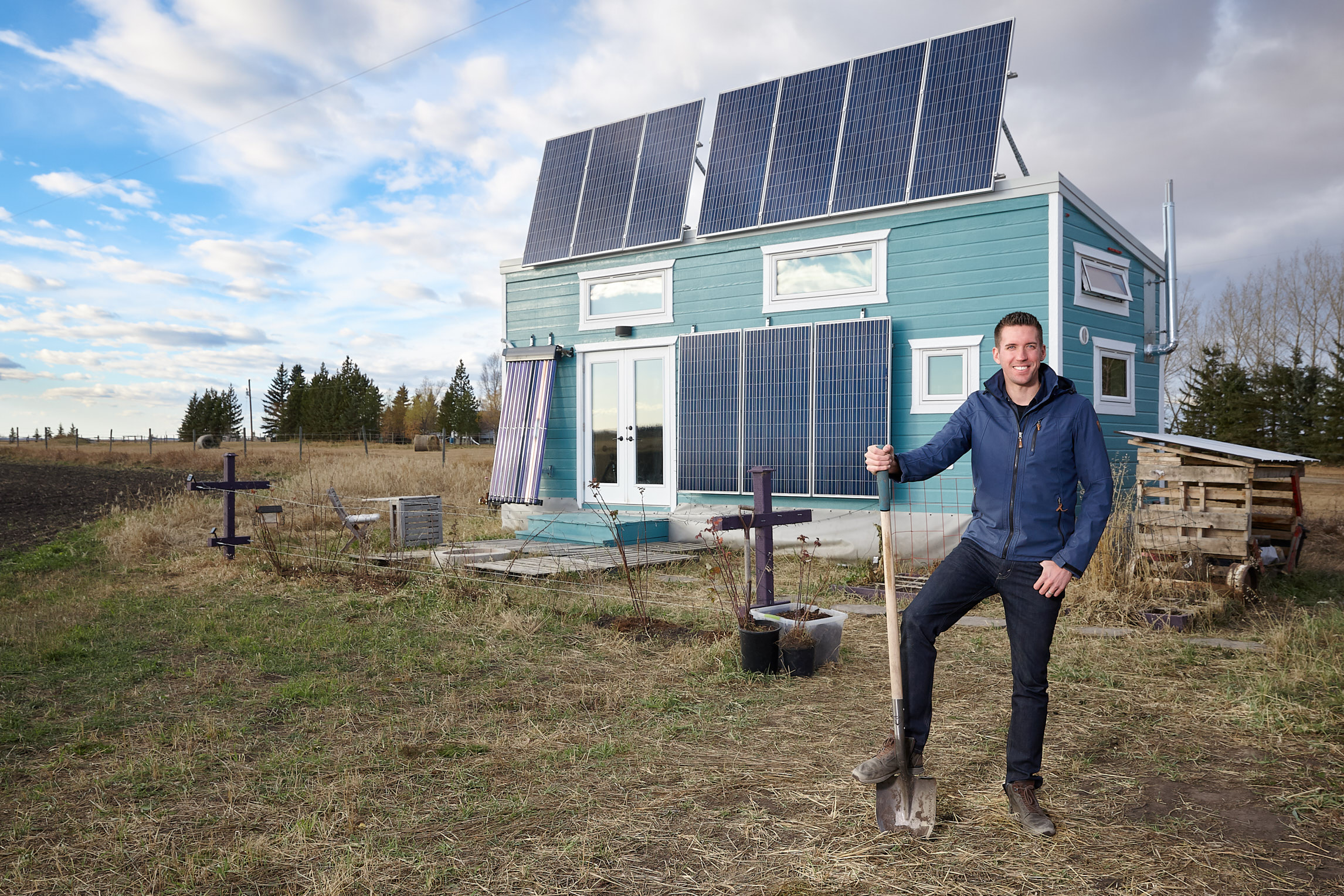